Henkel joins The Climate Pledge by Amazon and Global Optimism

Henkel reinforces its commitment to climate protection and joins The Climate Pledge, an international cross-industry commitment co-founded by Amazon and Global Optimism. As a signatory, Henkel commits to achieve net-zero annual carbon emissions ten years ahead of the 2050 target set by the UN Paris Agreement – an ambition in line with the company’s long-term target to become a climate-positive company by 2040.

"Climate change is a global challenge, which requires our collective action. At Henkel, we want to make a positive contribution to protecting the climate. Based on our achievements to date and in line with our ambitions for the coming years, we are very pleased to join and support the Climate Pledge," said Henkel CEO Carsten Knobel. “Together with Amazon, Global Optimism and the other signatories, we are fully committed to drive tangible progress and jointly take action to limit global warming.”

To drive progress in sustainability, Henkel focuses on close collaboration along the value chain. Henkel has been working closely together with Amazon to promote sustainable innovation – for example, to enhance customer experience through new and sustainable packaging.

“By signing The Climate Pledge, companies around the world are taking collective action to protect our planet from the catastrophic impacts of climate change,” said Jeff Bezos, Amazon founder and CEO. “We welcome Henkel as they join us in our commitment to be net-zero carbon by 2040, a decade ahead of the Paris Agreement. The companies are demonstrating important leadership as they help us accelerate the transition to a low-carbon economy and protect the planet for future generations.”

The Climate Pledge was launched in 2019 and aims to unite leading global businesses in a forward-thinking and ambitious commitment to climate change. Henkel is the twelfth company to join the pledge. As a signatory to The Climate Pledge, Henkel agrees to:

“Scientists tell us that we have a limited window to make unprecedented headway towards addressing the biggest crisis of our time, the climate crisis. The Climate Pledge offers companies the opportunity to take collective action to protect our planet from the disruptive risks associated with climate change,” said Kara Hurst, Vice President of Worldwide Sustainability, Amazon. “We welcome Henkel to join us in the fight of our lives as we tackle climate change and build a better future for all. We are also excited for Signify, which achieved carbon neutrality earlier this year, to join The Climate Pledge with the goal of collaborating with other signatories and sharing best practices.”

“The Paris Agreement set out a unifying roadmap for all countries, all companies, and all people to address the climate crisis by taking actions to ensure we do not exceed 1.5C in global warming,” said Christiana Figueres, the UN’s former climate change chief, now founding partner of Global Optimism. “By joining The Climate Pledge, these companies are demonstrating both their ambitions for the future and for recovery now. Their actions and investments are creating sorely needed jobs, spurring innovation, regenerating the natural environment and helping their consumers to buy more sustainable products.  The growing collective of companies joining The Climate Pledge, acting in accordance with science, is cause for optimism.”

Henkel’s progress toward becoming climate-positive by 2040

The Climate Pledge commitment is in line with Henkel’s long-term goal to become climate-positive by 2040. As intermediate steps, Henkel plans to reduce the carbon footprint of its production by 65 percent by 2025 and 75 percent by 2030 from a 2010 base year. The company intends to achieve this by continuously improving its energy efficiency and using electricity from renewable sources. By 2030, 100 percent of electricity shall come from renewable sources. By 2040, Henkel aims to have converted all remaining fossil fuels used in production to climate-neutral alternatives and supply surplus carbon-neutral energy to third parties. In addition, Henkel wants to leverage its brands and technologies to help customers, consumers and suppliers save 100 million tons of CO2 in a ten-year period from 2016 to 2025.

Joining the Climate Pledge is yet another step in Henkel’s commitment to take action and reduce its environmental footprint. Recently, the company signed a large-scale virtual power purchase agreement ‏(VPPA) relating to a new wind farm in Texas. The agreed capacity equals 100 percent of the electricity demand of Henkel’s operations in the US.

Earlier this year, Henkel’s science-based emission reduction targets were approved by the Science Based Targets initiative ‏(SBTi) as consistent with levels required to meet the goals of the Paris Agreement. The Science Based Targets initiative by CDP, the UN Global Compact, World Resources Institute and the World Wide Fund for Nature (WWF) defines and promotes best practice in science-based target setting and independently assesses companies’ targets. 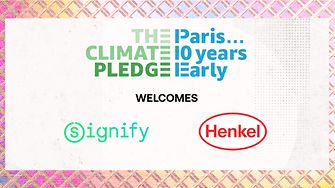 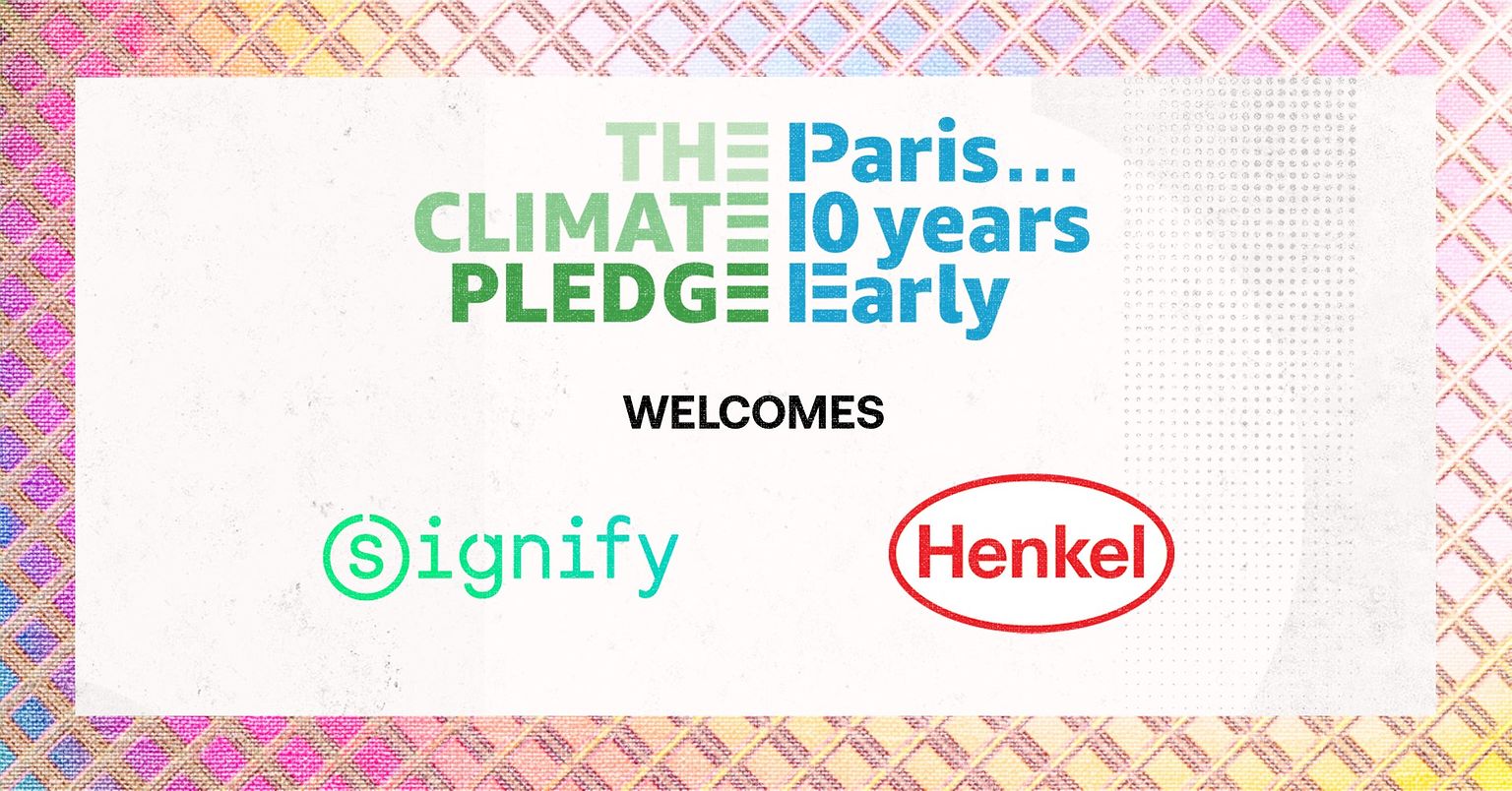 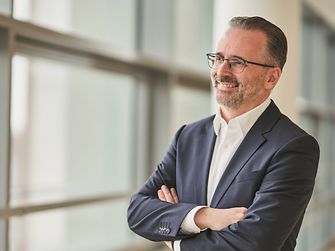 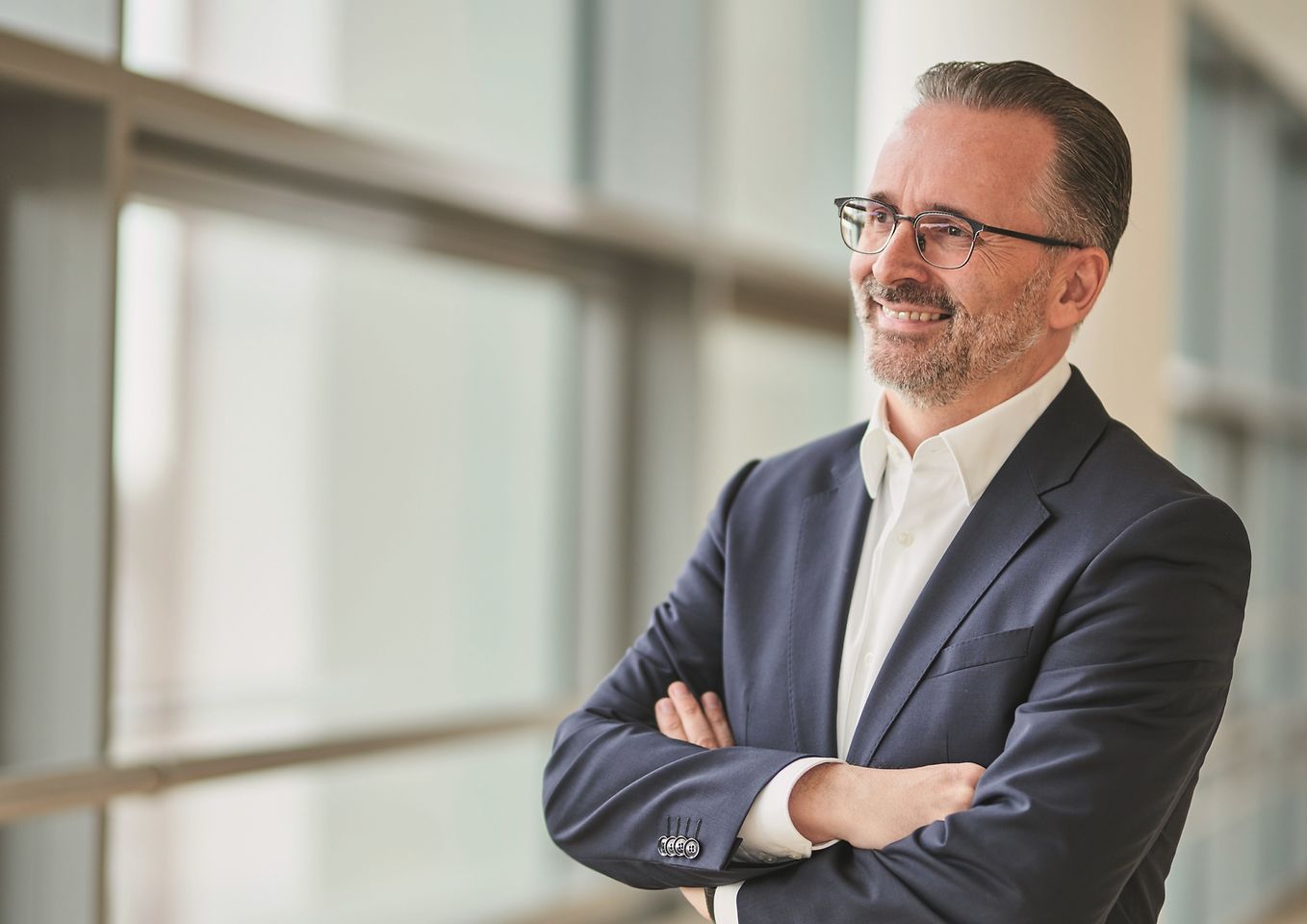 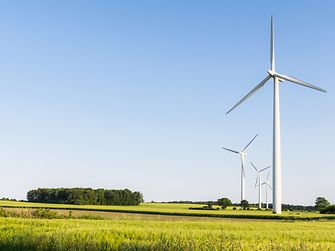 Emissions of carbon dioxide and other greenhouse gases are responsible for climate change and global warming. Limiting these emissions is one of the biggest challenges humankind has ever faced. 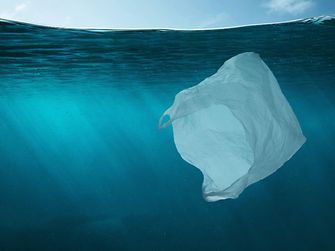 Jointly addressing the problem of plastic waste: Together with 28 other major global businesses, Henkel endorsed a business manifesto calling on governments to negotiate and agree on a United Nations ‏(UN) treaty on plastic pollution. The businesses’ call to action comes ahead of the 5th Session of the United Nations Environmental Assembly ‏(UNEA5) and as a new report co-authored by the WWF, the Ellen MacArthur Foundation and Boston Consulting Group outlines the necessity of such a binding international agreement to address plastic pollution. 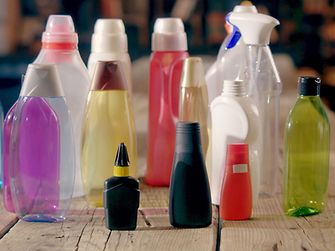 Henkel takes another step in combining attractive corporate financing instruments with progress in sustainability: As the first company globally, Henkel concluded a plastic waste reduction bond. The proceeds from this bond, a private placement with Japanese insurance companies Dai-ichi Life and Dai-ichi Frontier Life, will be specifically allocated to projects and expenditures related to Henkel’s activities to reduce plastic waste. The bond has a total volume of 70 million US dollars and a maturity of five years. 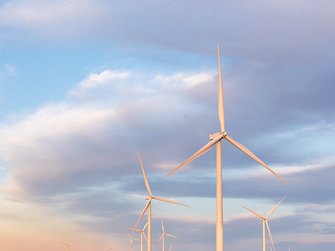 On the way to becoming a climate-positive company, Henkel has signed a large-scale virtual power purchase agreement ‏(VPPA) relating to a new wind farm in Bee County, Texas. The agreed capacity equals 100 percent of the electricity demand of Henkel’s operations in the US, which comprise more than 30 production sites across the country. The long-term commitment contributes to increasing the share of renewable energy in the grid and supports Henkel to reach its climate protection targets, which were approved by the “Science Based Targets initiative” earlier this year.